The hike is a 5-day hike through wild and pure ocean fronts and tropical forests. There are parts of the National Park with seals and penguins, and always a ton of birds. You can choose to kayak, boat, hike through the inland trails, or do a little bit of everything. 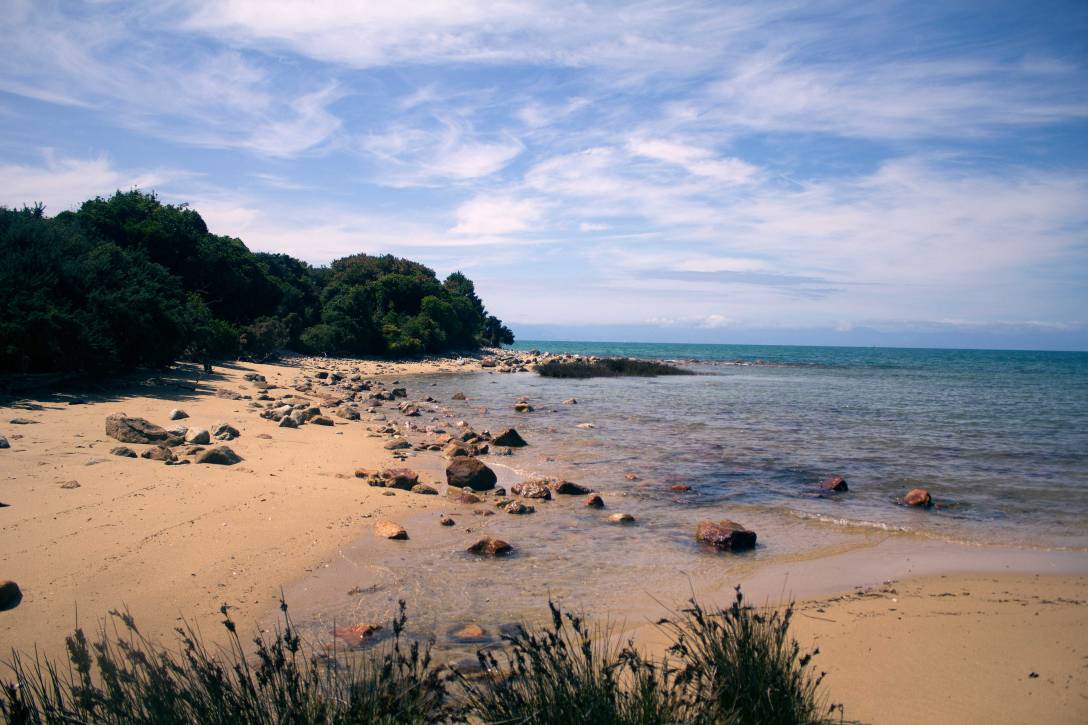 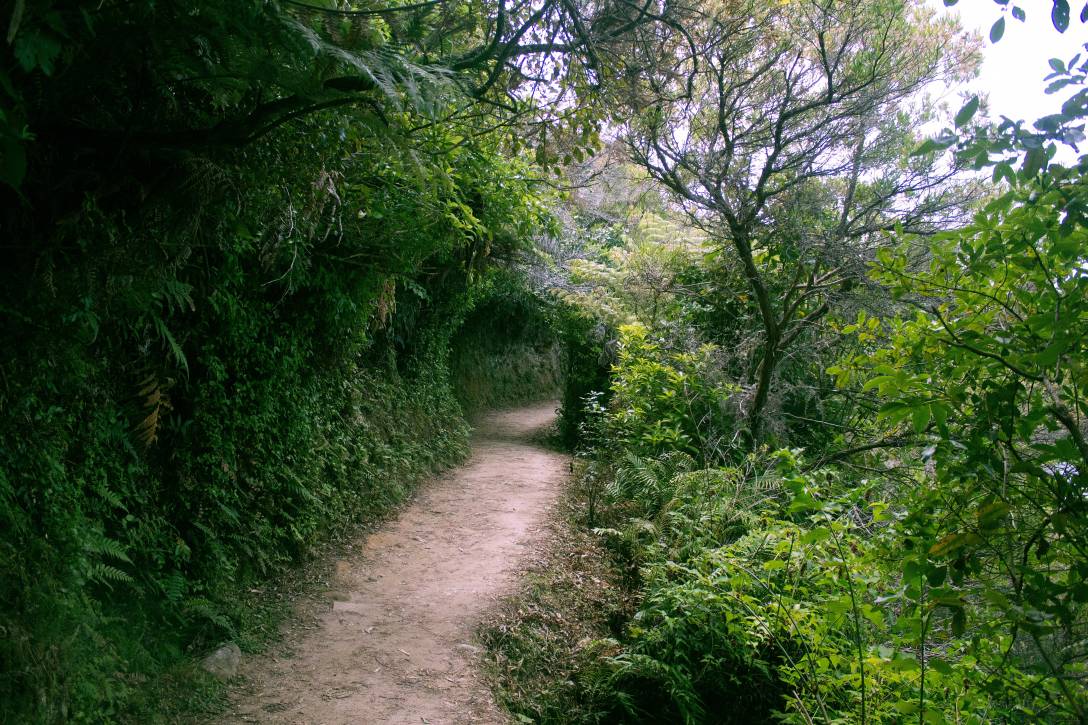 The trail is tagged as “easy/moderate,” but I am sure they did not put into consideration having a giant pack on your back. That factor seems to change how steep a hill is and how long a stretch of hiking is. Luckily both Luca and I are both young and relatively fit. 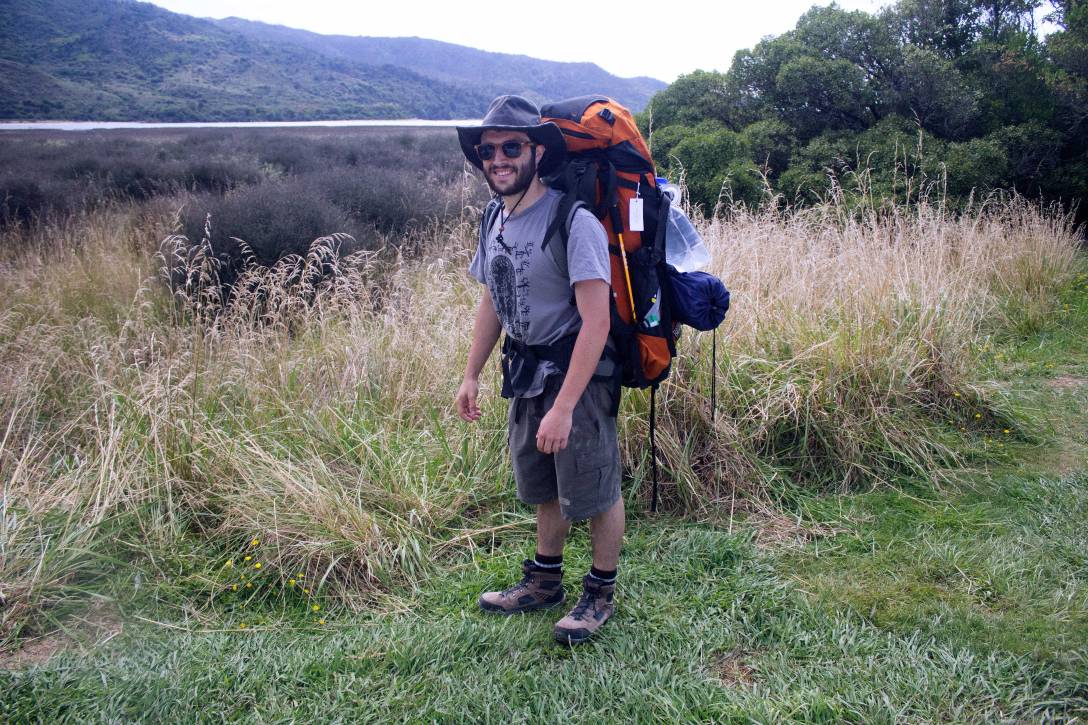 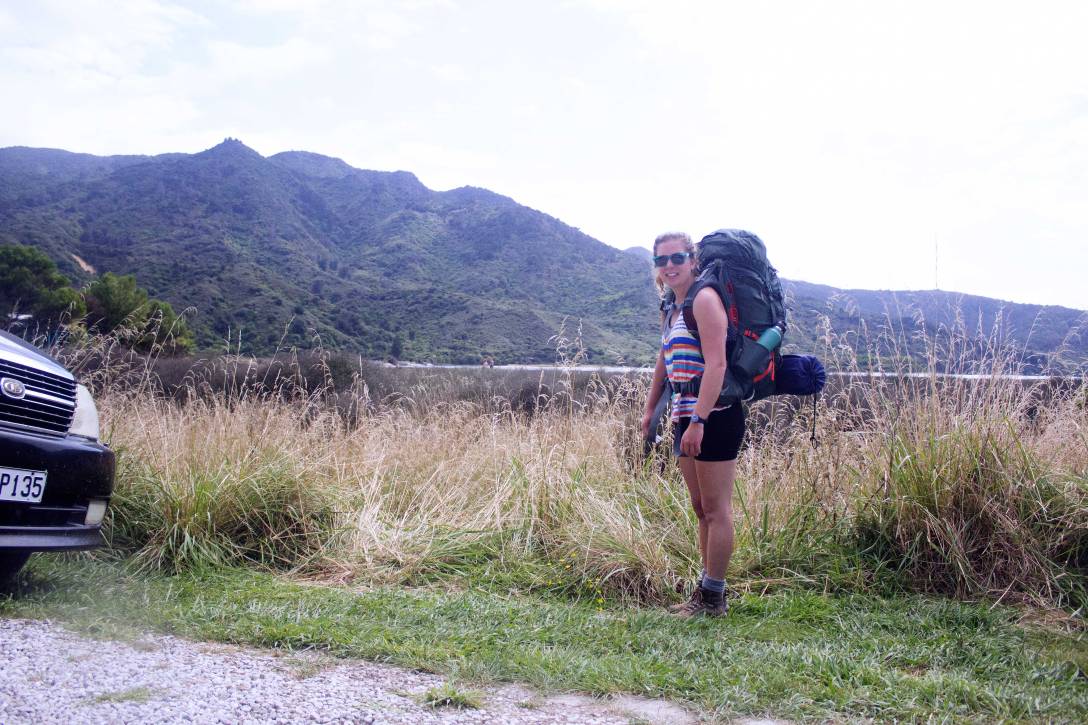 Before leaving, Luca and I kept arguing about what we should pack. I was very worried about keeping the weight down and was doing everything possible to get rid of weight. On the other hand, Luca the Italian was very worried about what we were going to eat. Luca is always very worried about what we are going to eat. In the morning the first thing he usually asks me is “So, what should we have for dinner?” “I don’t know. I haven’t even had breakfast” is normally my response. I was fine with eating Ramen Noodles, but Luca insisted we had a gourmet meal every night with heavy vegetables such as broccoli and canned beans (Note: They insisted everywhere on the internet during my research to NOT bring canned food on a hike). While we were making our pile of things to pack, Luca kept throwing things in the pile such as a whole bottle of soy sauce. Did we really need that much soy sauce? Nope. Eventually I just stopped arguing with him and let him pack what he wanted as long as he was the one carrying it. 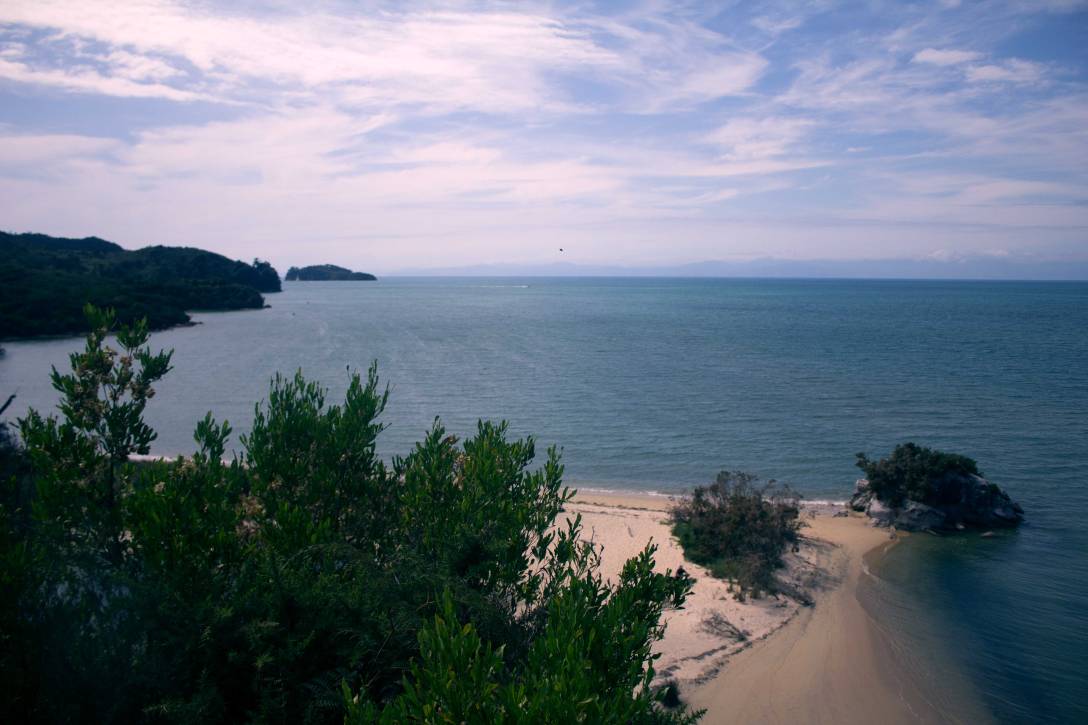 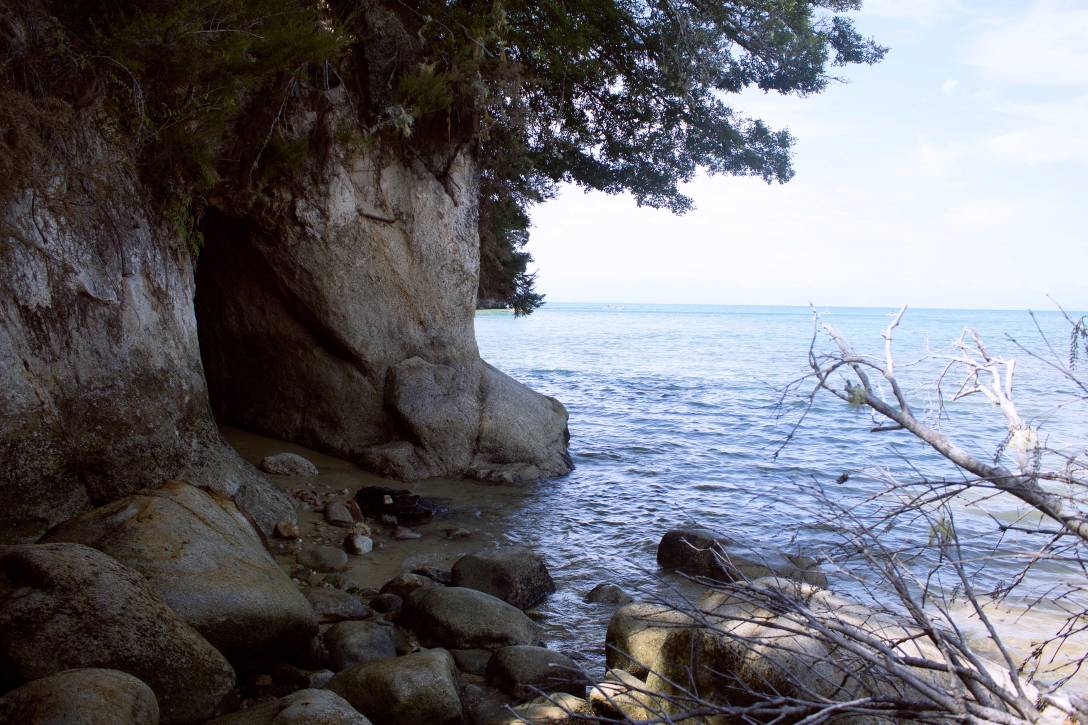 Our hike on the first day was absolutely beautiful. It ran along the coast and every 10 minutes or so there would be a path that led you down to the coast. Some of the coves the paths led you to had caves made out of sand stone. The water was as blue as can be and the weather was perfect (well, maybe a little on the hot side for hiking with a gigantic pack on your back, but no complaining here). 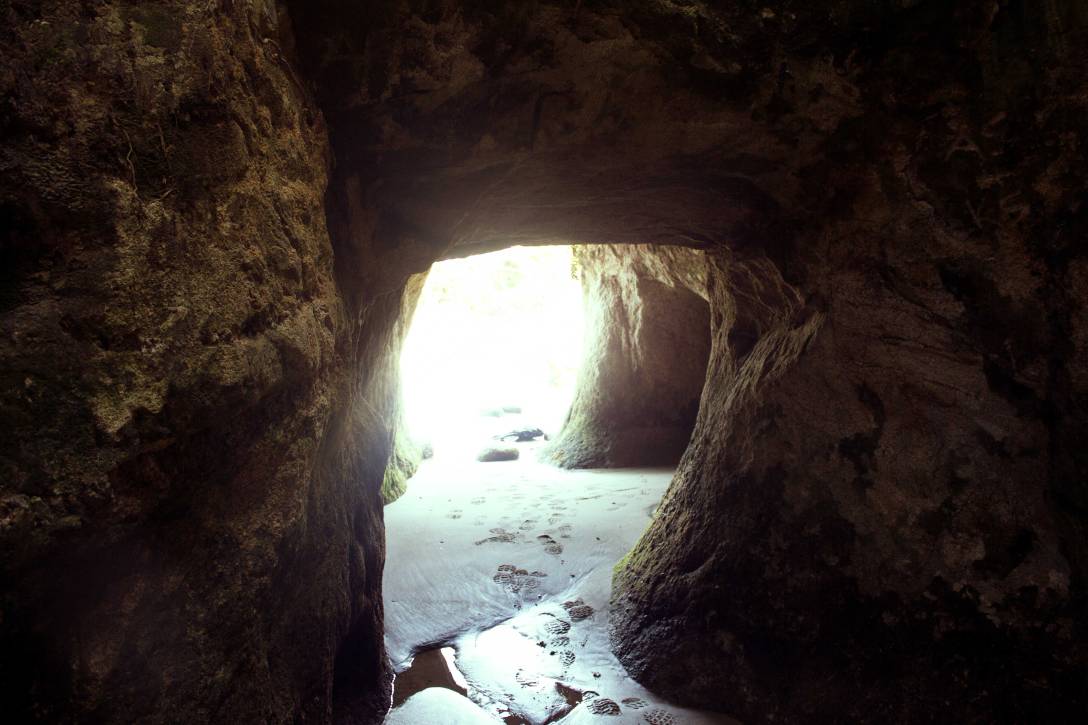 The first day was shorter and easier than the rest of the days. I was grateful for this because it took some getting used to our packs and hiking boots. My backpack fit perfectly and was as comfortable as can be (thanks to the parentals for an awesome birthday gift). Luca, on the other hand, was suffering from his pack being too heavy (SURPRISE!). I let him suffer for a short amount of time and then decided to help him a bit by taking some of the weight off of his load. Don’t worry; I did not miss the opportunity to say, “I told you so!” 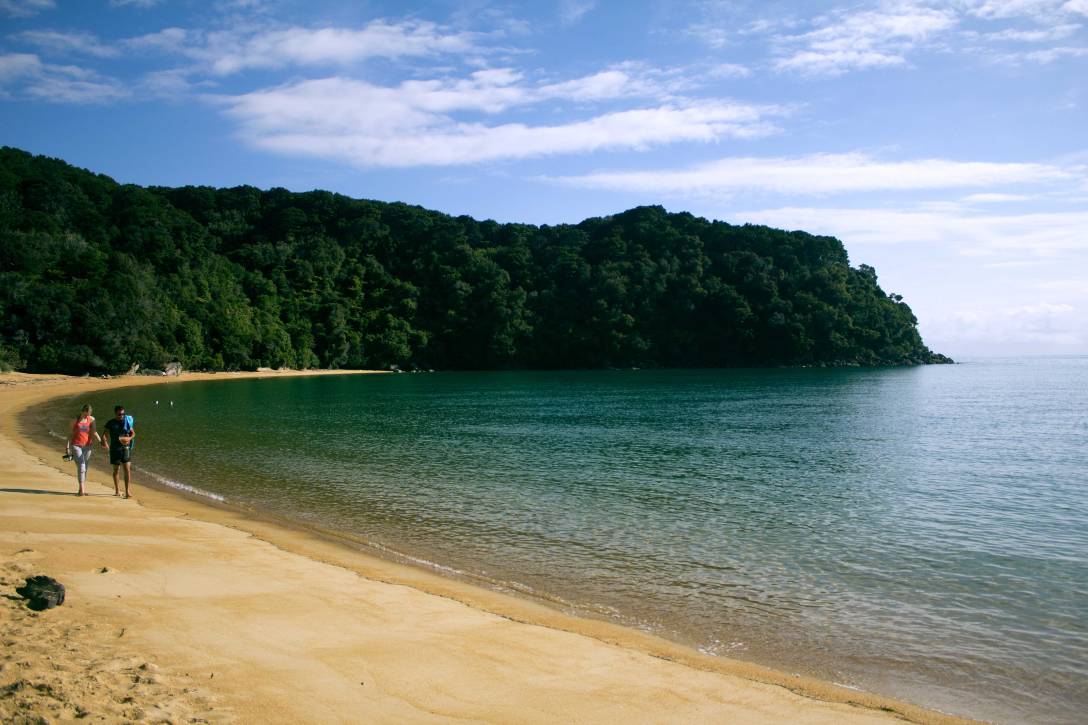 Our campsite at Te Pukatea Bay that evening was located in a gorgeous little beach. There were only a handful of other people at the campsite and we basically felt like we were along on the beach together. Abel Tasman is the definition of paradise. I think it is one of the most beautiful places I have ever been to in my life. 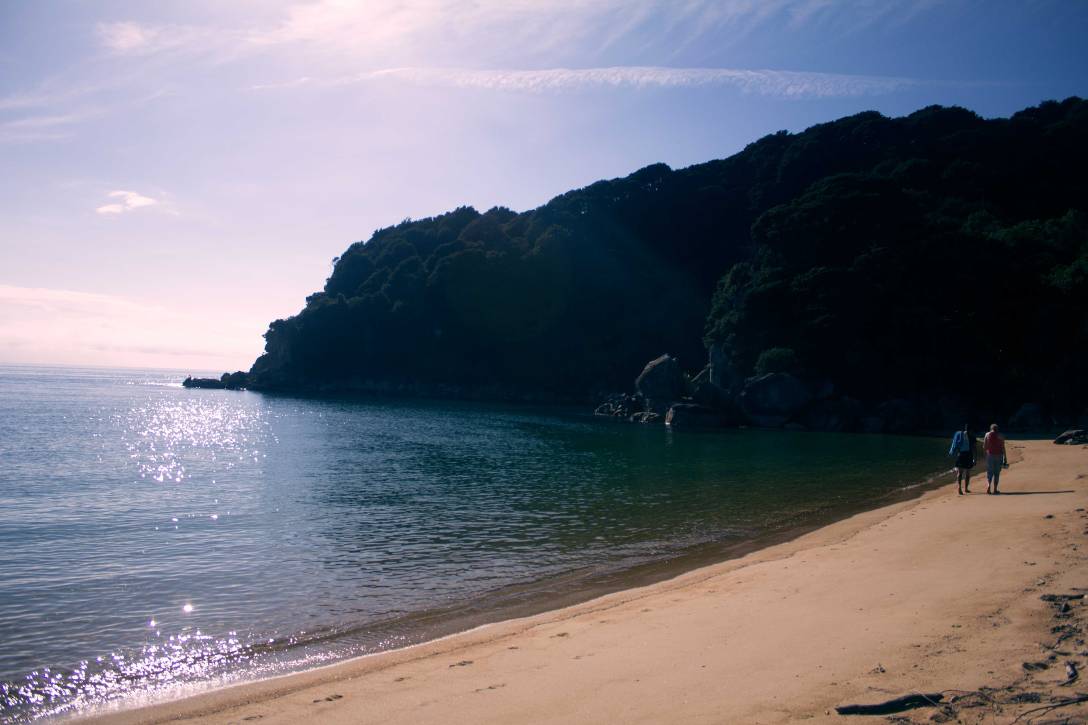 Some of the hike is dependent on tidal times. When crossing Torrent Bay, I knew that we would have to take the high tide route because the low tide was very early in the morning. What I didn’t realize was that it went up a very steep hill and would take an extra hour and a half. The first climb killed us. It was blazing hot with lack of shade and seemed to go on forever. We saw a sign for Cleopatra’s pool and thought that sounded like a great place to go for a swim to cool off after our climb. About five minutes from the pool we heard screaming children and came to find out that the pool was infested with kids. There was a group of kids from a day camp and they were visiting the pool that day. We decided to go to a swimming hole further down the river that another couple called “The Adult Pool.” 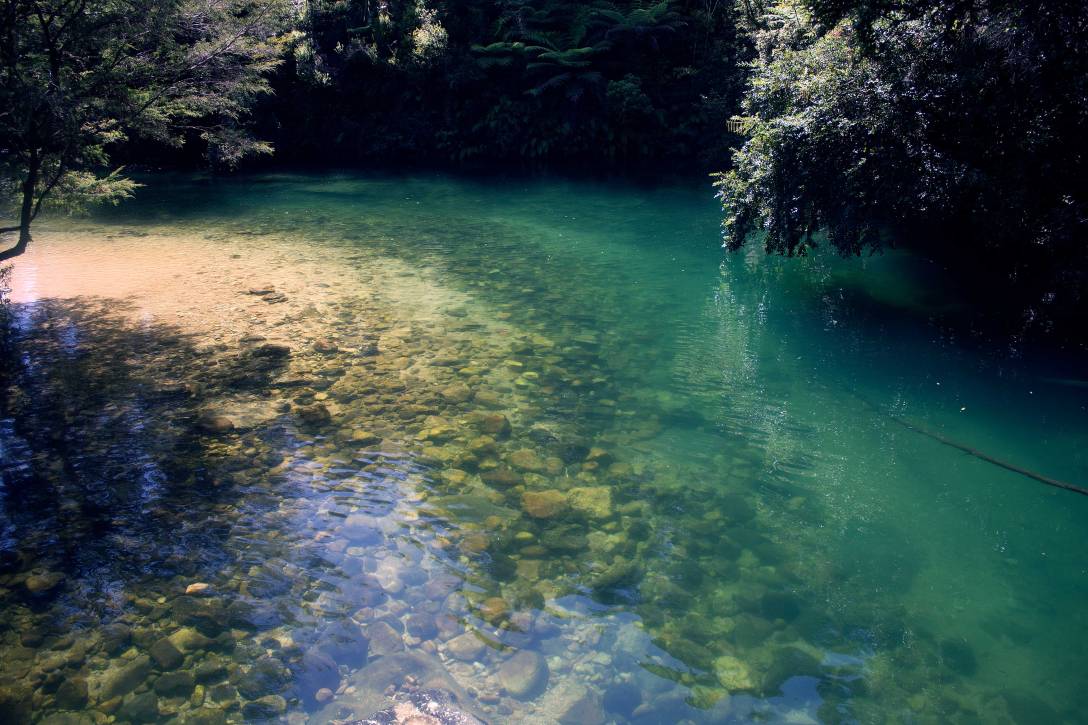 The swim felt exhilarating, but when we tried to eat lunch the bees kept swarming around us and annoying us. I couldn’t relax, so we got up and left to find another place to have lunch. Then of course the next place we tried to have lunch at also had bees swarming around us. We were very irritated by them at this point. They are relentless at Abel Tasman. They do not fear you and swarm around your face. You constantly hear a buuuuuuuzzzzzzzzz.

By this time in the day, my scorching headache proceeded to get worse and Luca was developing blisters on his feet. We had 4 hours of the hardest part of the Abel Tasman 5 day hike in front of us and were in no mood to tackle it. We checked in to taking a water taxi to our next campsite, but it was too late in the day and all of the water taxis were done doing their rounds.

I decided at that moment that it would be a lot easier to hike in a better spirit, and to make the best out of a bad situation. To help turn things around, I started playing fun dancing music on our portable speaker. It helped me to keep a good pace and tackle the climbing. Other hikers seemed to enjoy it too. I made sure to focus on the beauty of the trail and not my physical pain. Luca was getting bitter from his blisters and weight of his pack, but I kept cheering him on. 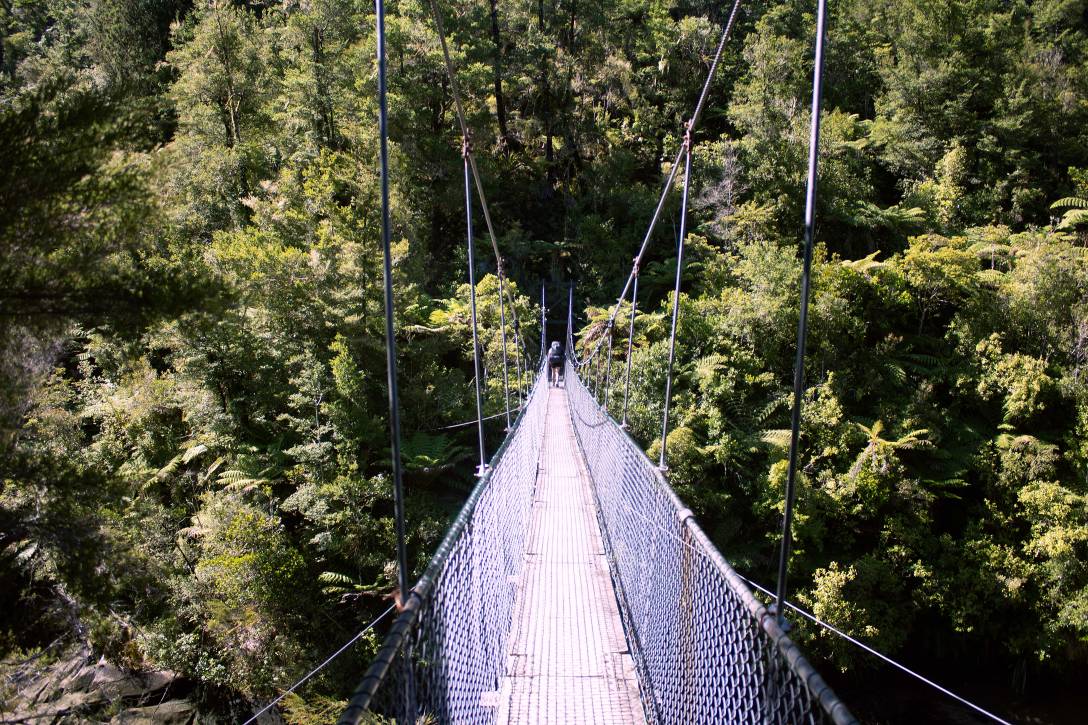 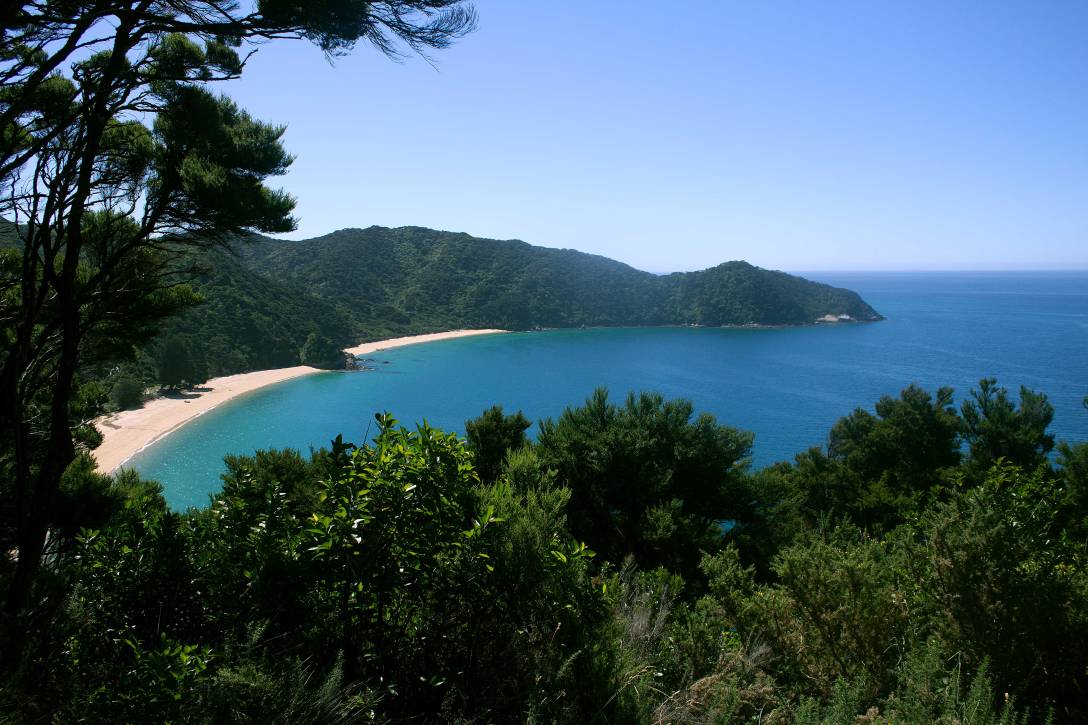 After the longest and steepest hill of the whole hike, we managed to make it to our next camp just in time to set up camp and cook dinner before it got dark. We made it! It was such a relief. Hiking is about pushing your body further than its comfort and seeing how far you can go. It is amazing what you can do when you put your mind to it. Never give up. 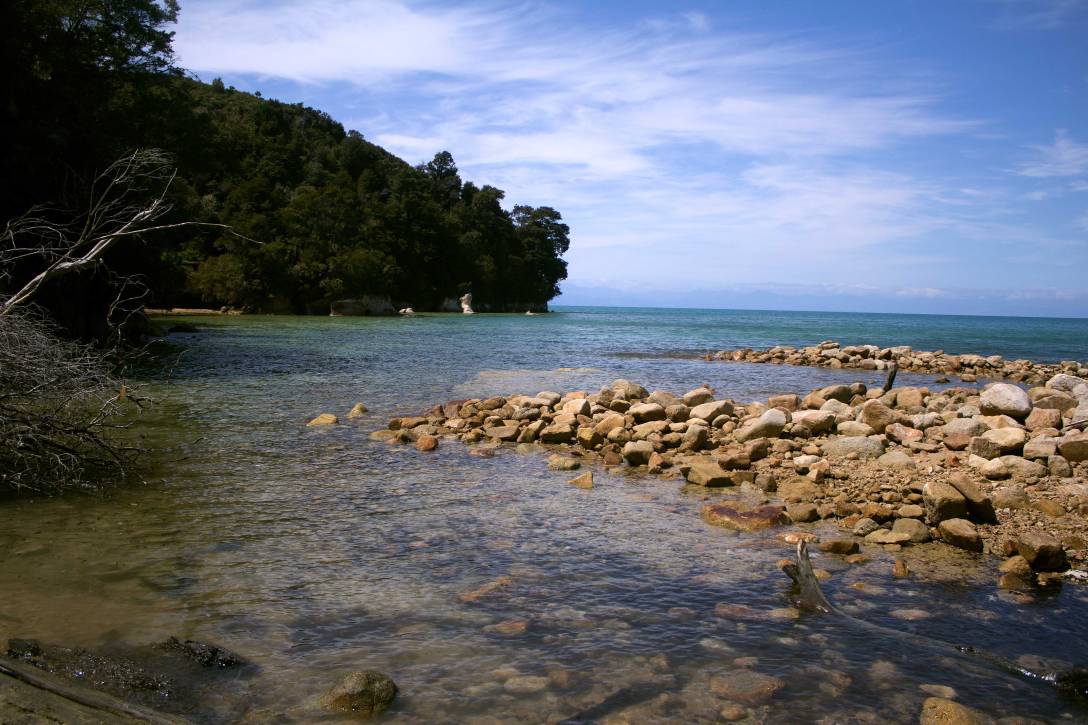 We slept in the next day because we only had a short hike to do to get to our next campsite. The next part of our journey was also dependent on a low tide that wasn’t happening until between 4:00pm and 7:00pm. After breakfast we went to a fresh water pool where I soaked my bug bitten feet and Luca soaked his blisters. We then hung out on the beach at our campsite at Onetahuti Bay. 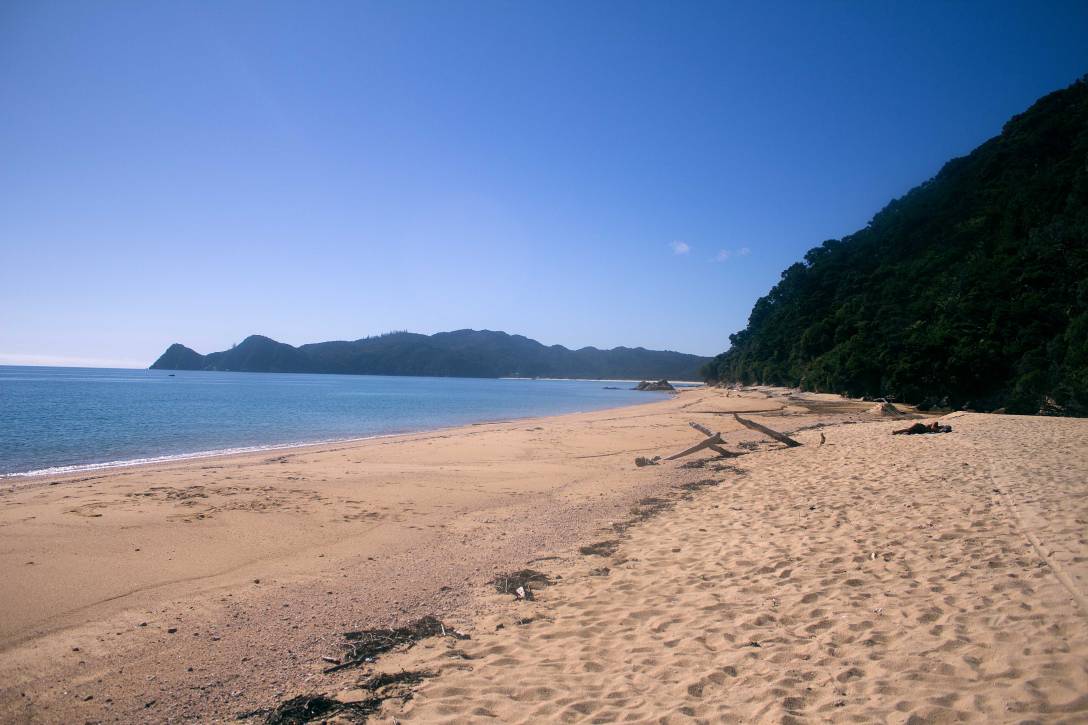 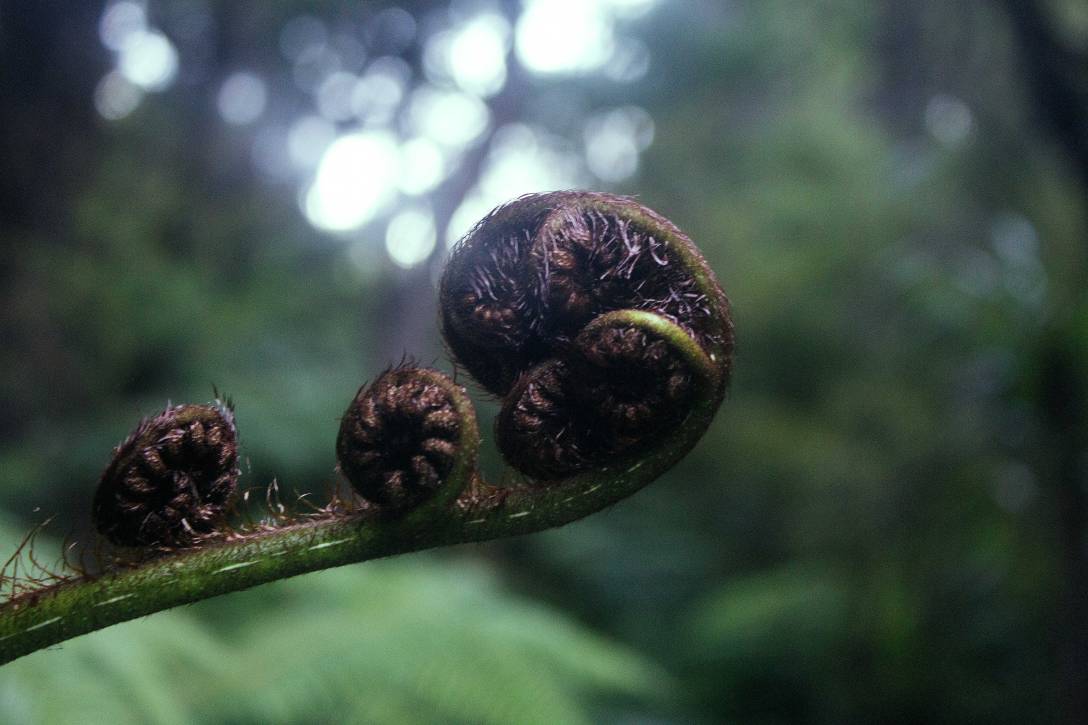 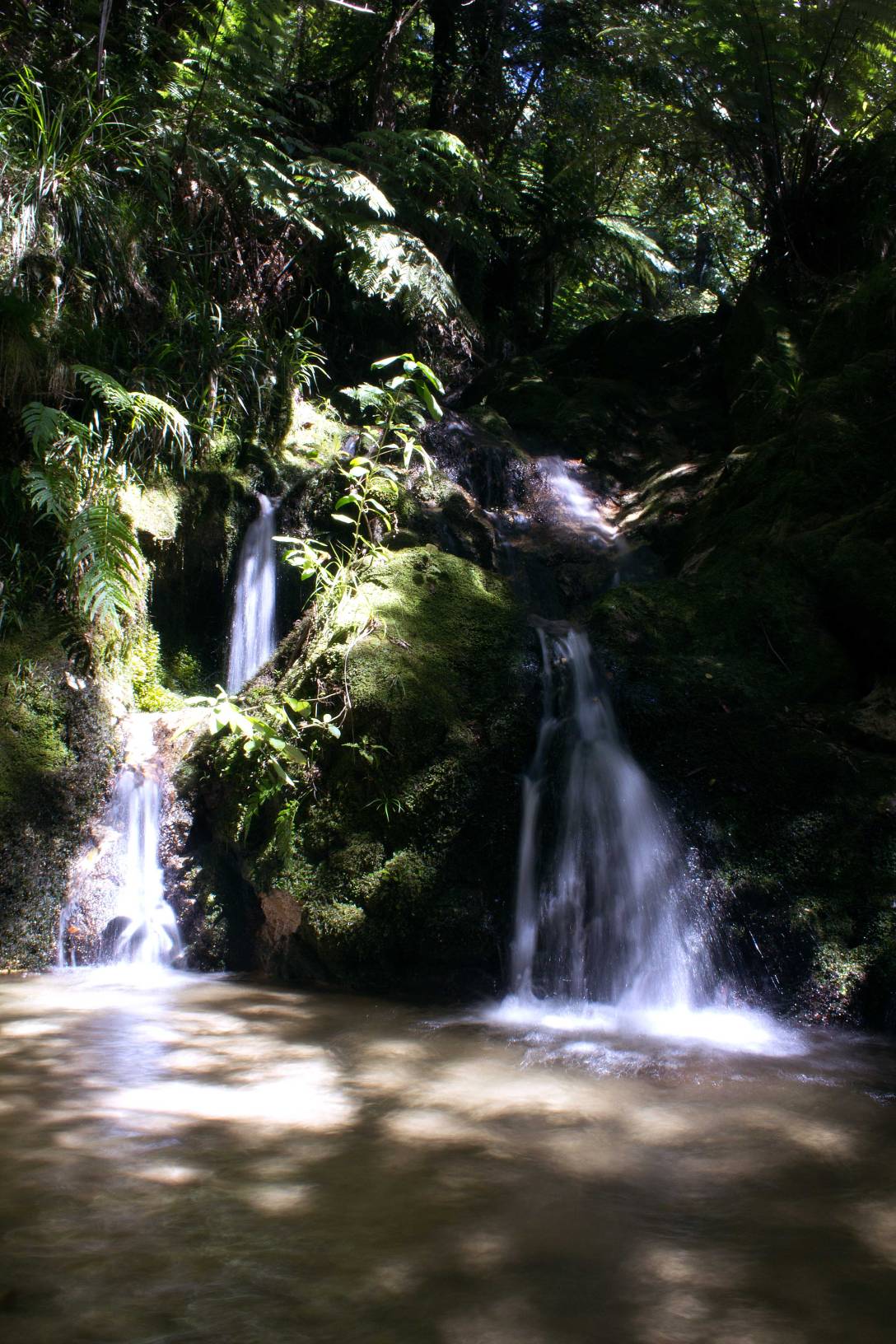 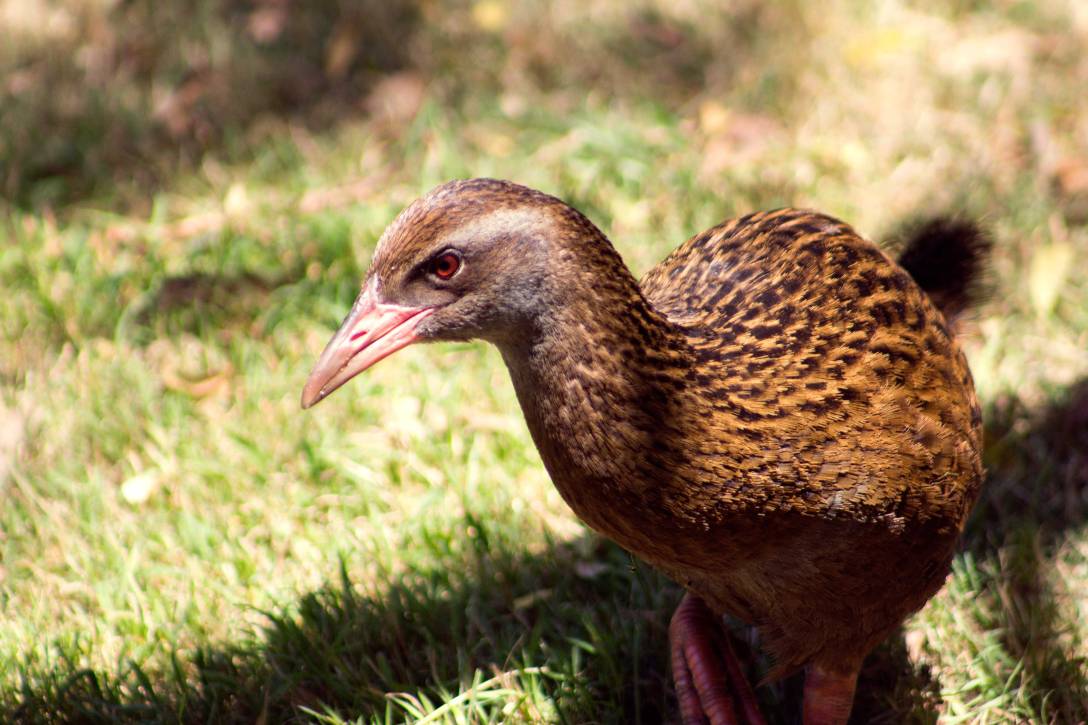 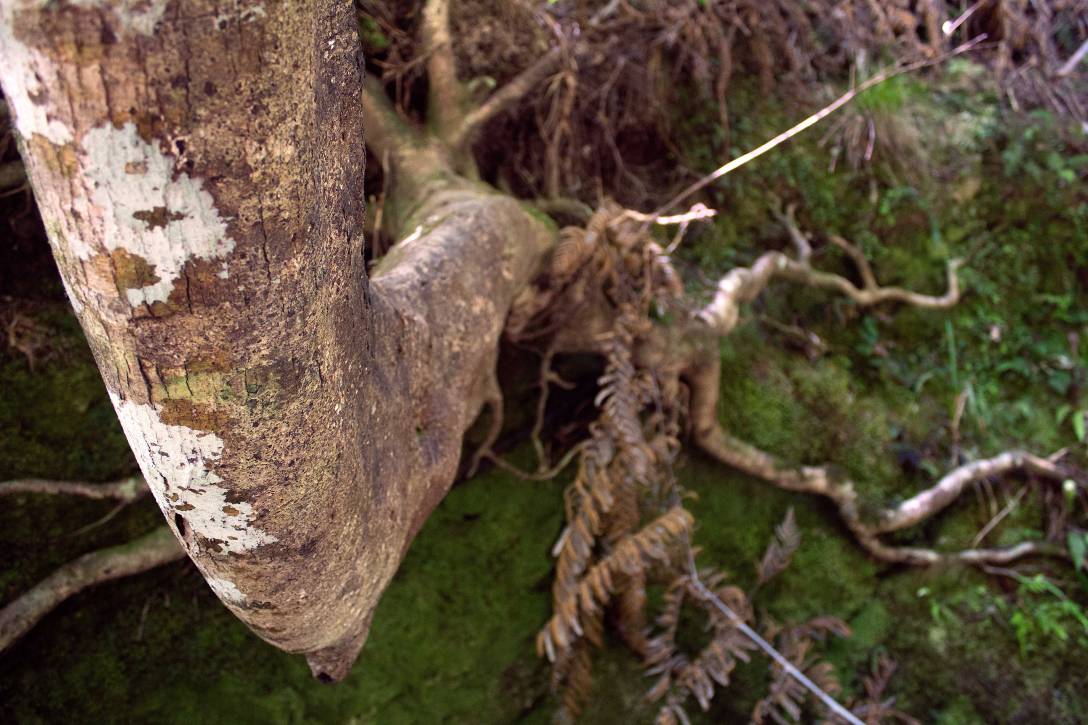 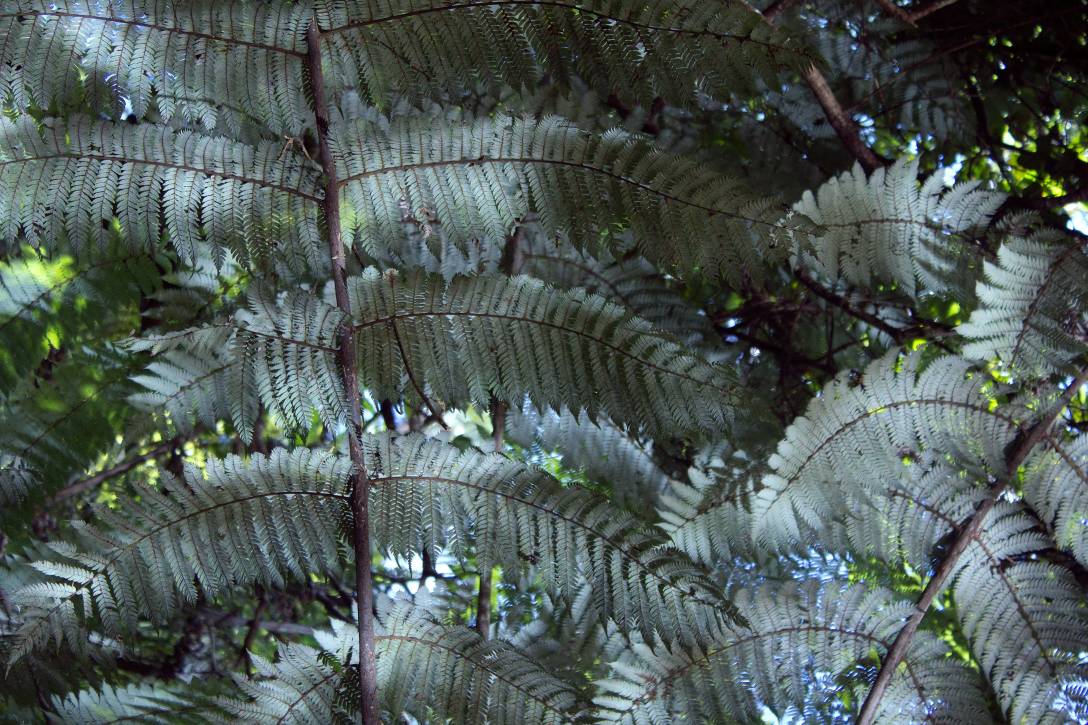 The only hard part about that leg of the hike was the low tide crossing at Awaroa Inlet where there was no shade and we had to take off our shoes to cross the water. The Waiharakeke Bay campsite was our least favorite because it was swarming with mosquitos. By that point of the hike, I was so over bugs. I had bug bites everywhere and I was so sick of hearing them. Because of Benedril to stop me from waking up and scratching, I dreamed well that night of a roof over my head that sheltered me from bugs. 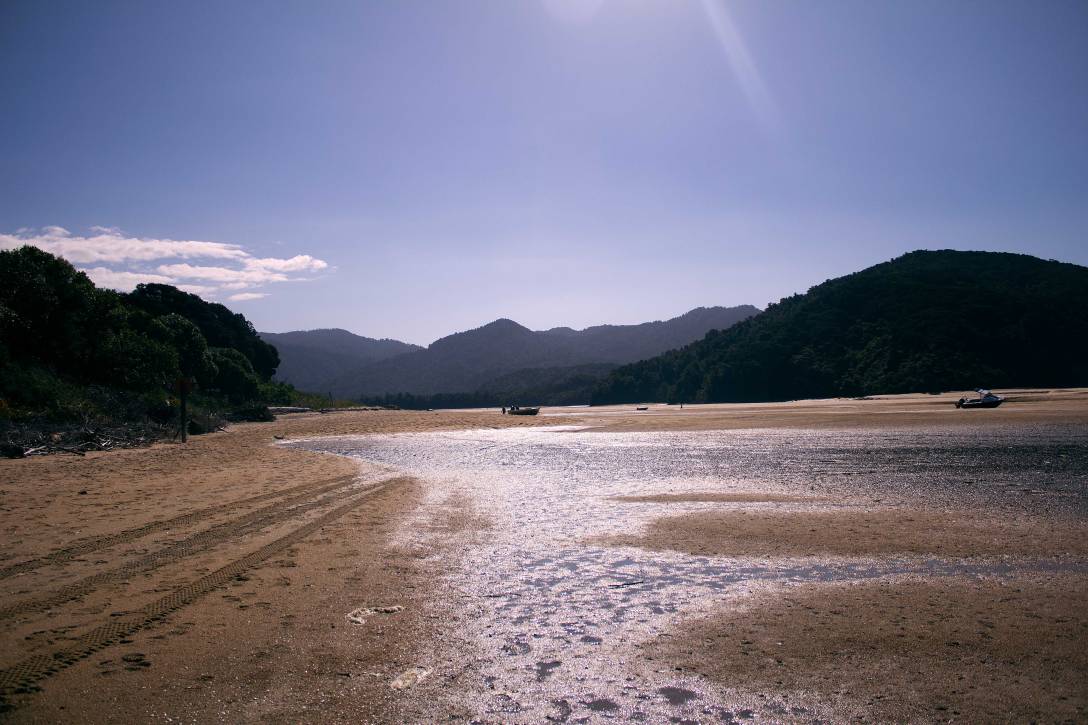 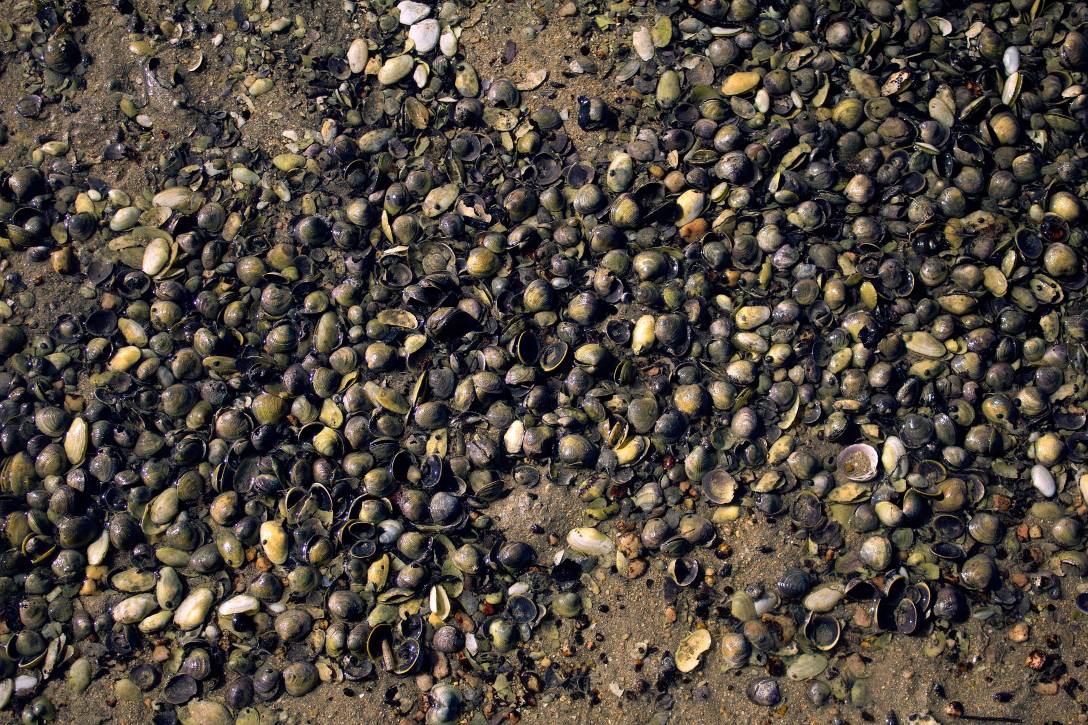 The next morning I woke up refreshed as ever and we packed up camp and began our final long hike of our journey. I enjoyed myself along the way and swam at every spot I could. The hike was easy, with the exception of the two giant hills. It was helpful to be rooted on by fellow hikers who were traveling the other way. 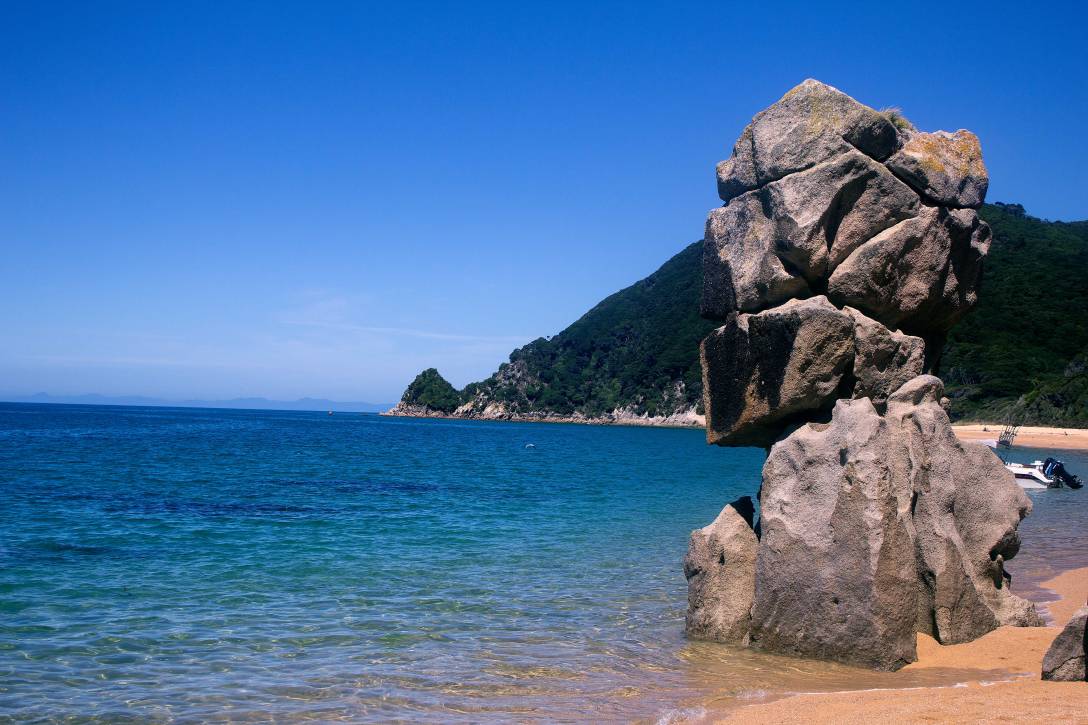 When we reached our final camp at Mutton Cove we found 2 people that we met at the camp the night before. They had travelled the world and were from New Zealand. One of their journeys was biking from Canada to Mexico and back for 6 years straight. They were an older couple, but were extremely fit. I told Luca that I aspired to be them when we were old.

Apparently they managed to fund their travels by collecting several rental properties in New Zealand through their life. They can now afford to hire a property manager to look over the properties while they are away. That definitely planted a seed in Luca’s head….

The couple told us to look for muscles on the rocks close to our camp during low tide and cook them for dinner. We had a blast searching through the little eco systems among the corral. We saw a bunch of starfish and sea urchins. The muscles were delicious. 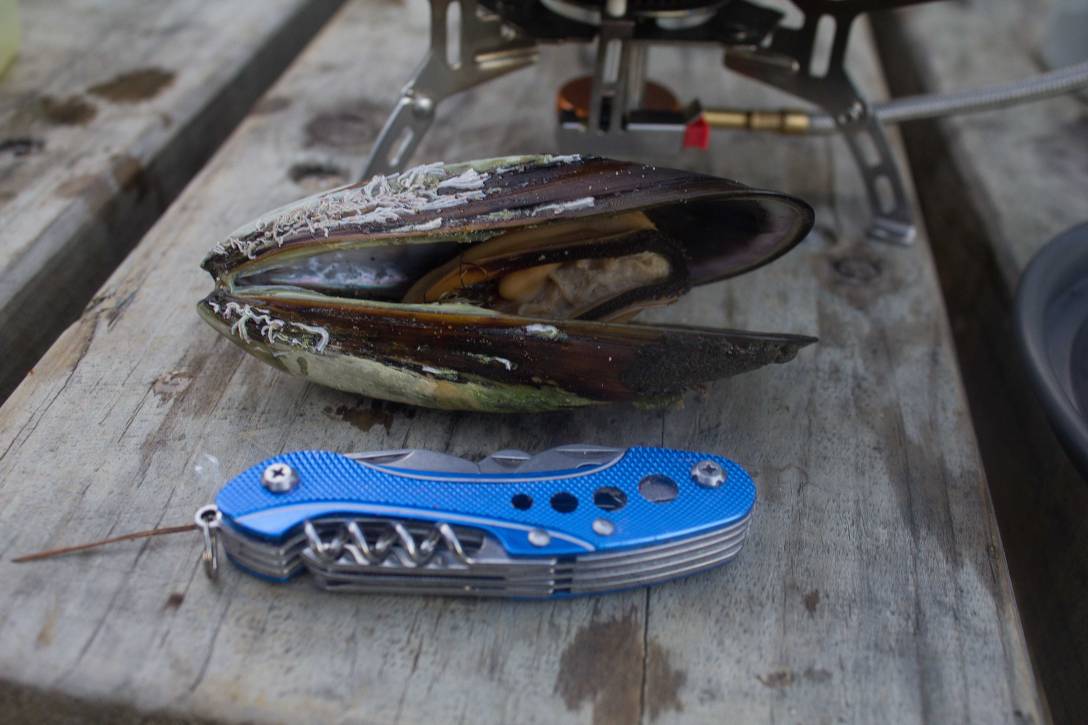 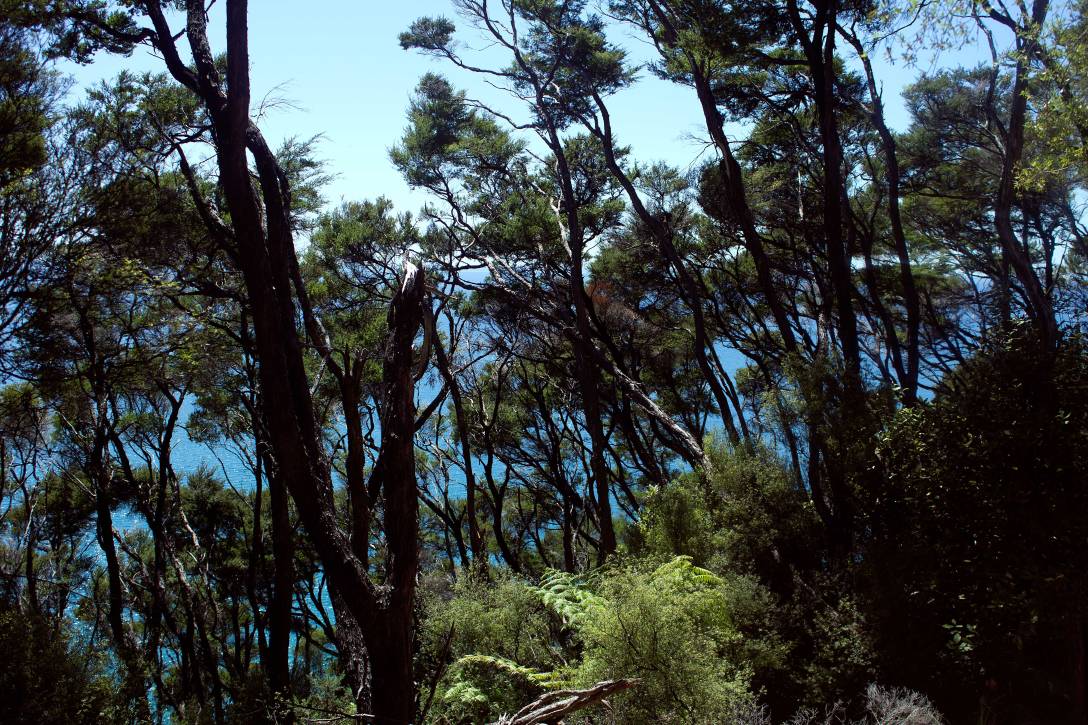 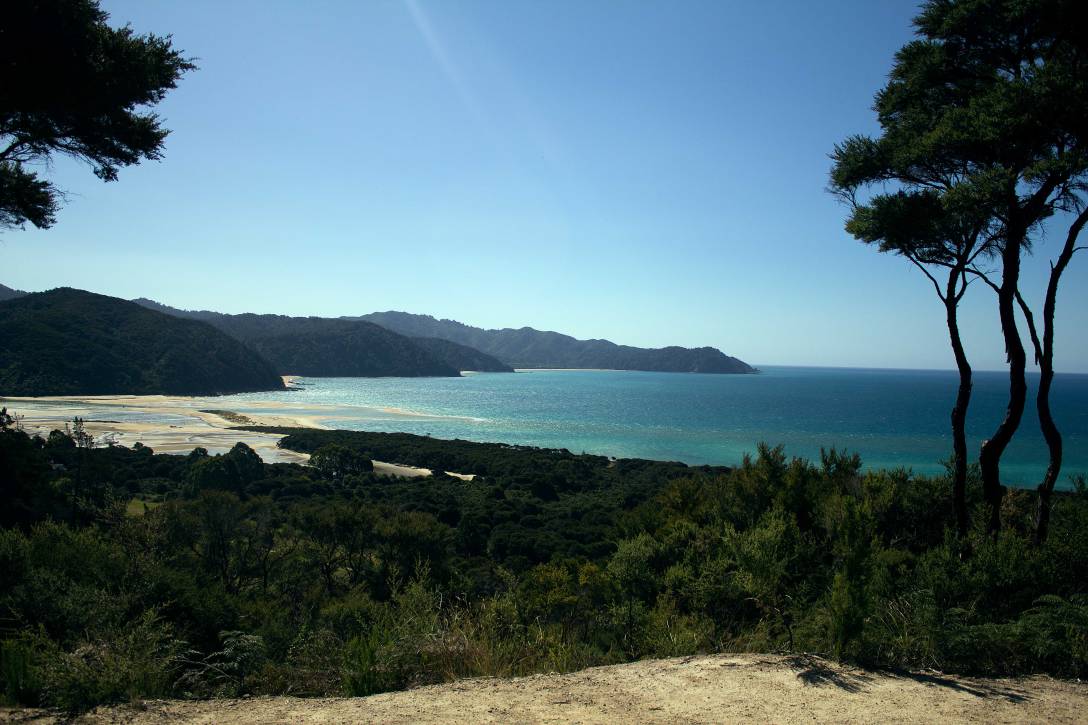 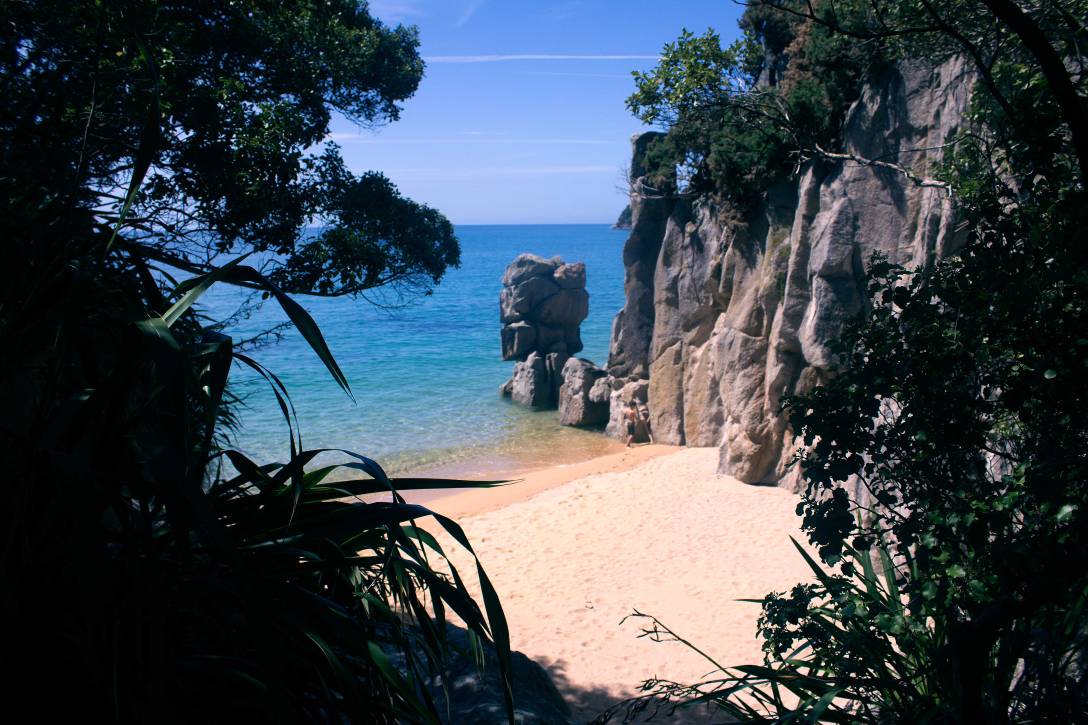 I woke up the last day of our hike and took a swim in the ocean – a refreshing way to start a hike. The highlight of our 2 hour hike to where we would pick up a water taxi back to our car was tackling the last hill. I was so tired and my legs were so sore, but it was the last hill and I was going to own it. And so I did. I even did a dance when I reached the top. 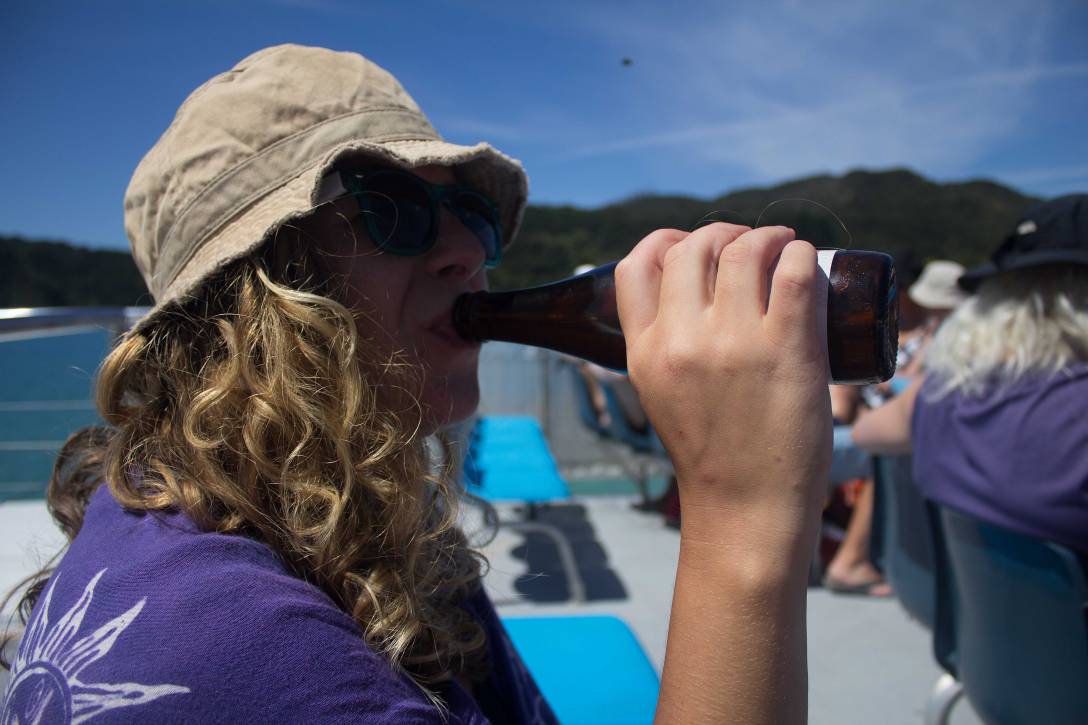 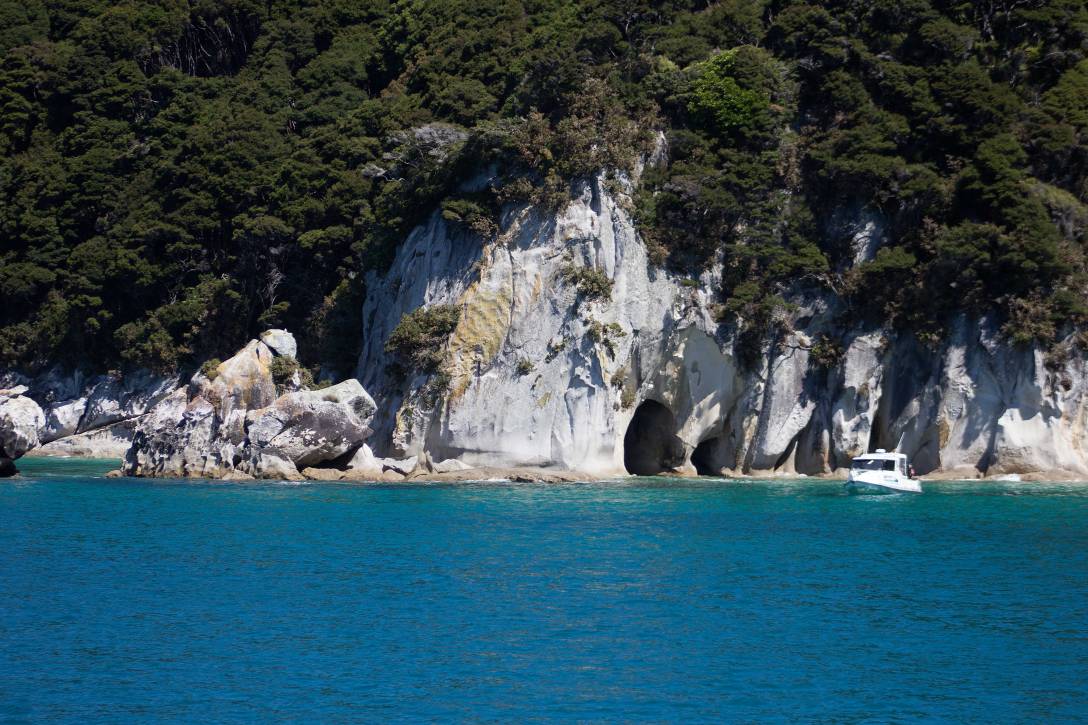 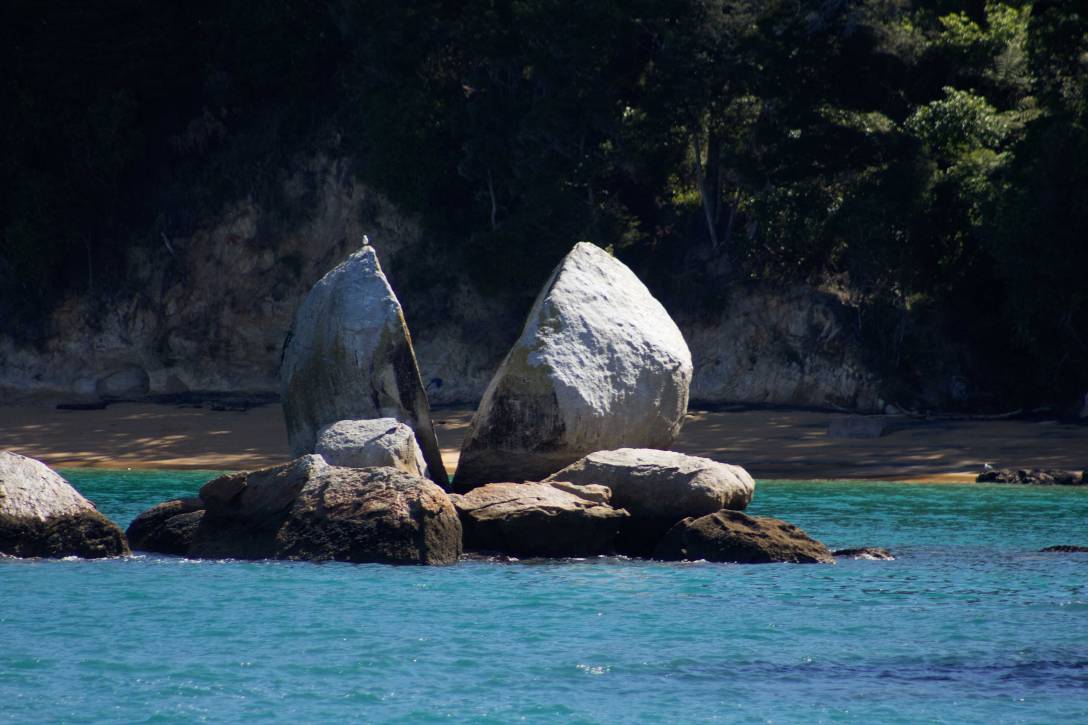 We were so excited to eat anything but what we packed in our bags for our journey. We ended up finding a gourmet burger place called The Fat Tui. Food had never tasted so good in my life.