Remember the Routeburn Track? That gorgeous 3 day hike that we did with Luca’s parents a couple of months ago? A group of us at Kinloch decided to explore it in its winter glory. But, forget staying in the huts in the freezing cold. We decided to conquer half of the three day track in one day, making it a nine-hour hike if we kept moving.

You would think that I would have been adventured out after the Mount Alfred expedition…but, no. I just had to go. The head of the Routeburn track was only 30 minutes away from Kinloch. I couldn’t miss visiting it again, as it is has been my most enjoyable hike in New Zealand so far.

The crew consisted of: Anna, Anja, Stephan, and myself. Our goal was to reach Lake Harris, have lunch, and then turn around. Winter’s shorter days makes it harder to do an all-day hike, so we left early in the morning at 7am. It was still pitch dark out when we woke up in the morning and the sun still had not fully come out when we started hiking. It was bitter cold, which made it harder for us to warm our bodies up at the beginning of the hike. Although, the first couple of hills fixed that problem quickly. 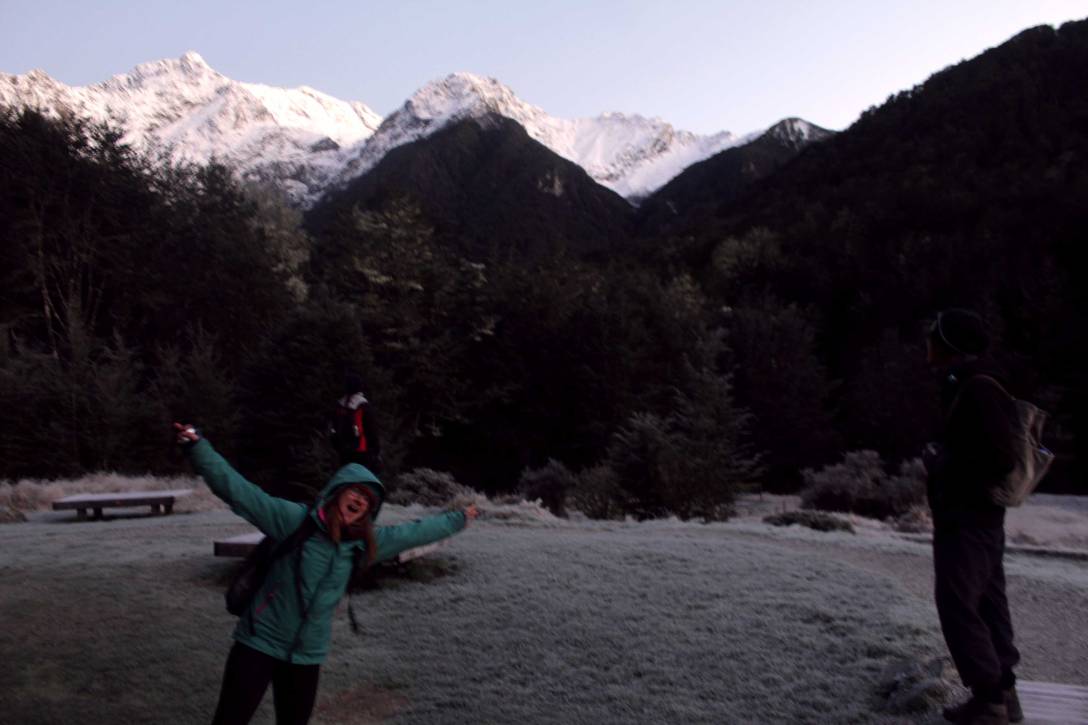 There was a layer of thick frost everywhere, making the Routeburn Track’s fairy tale forest even more enchanting. 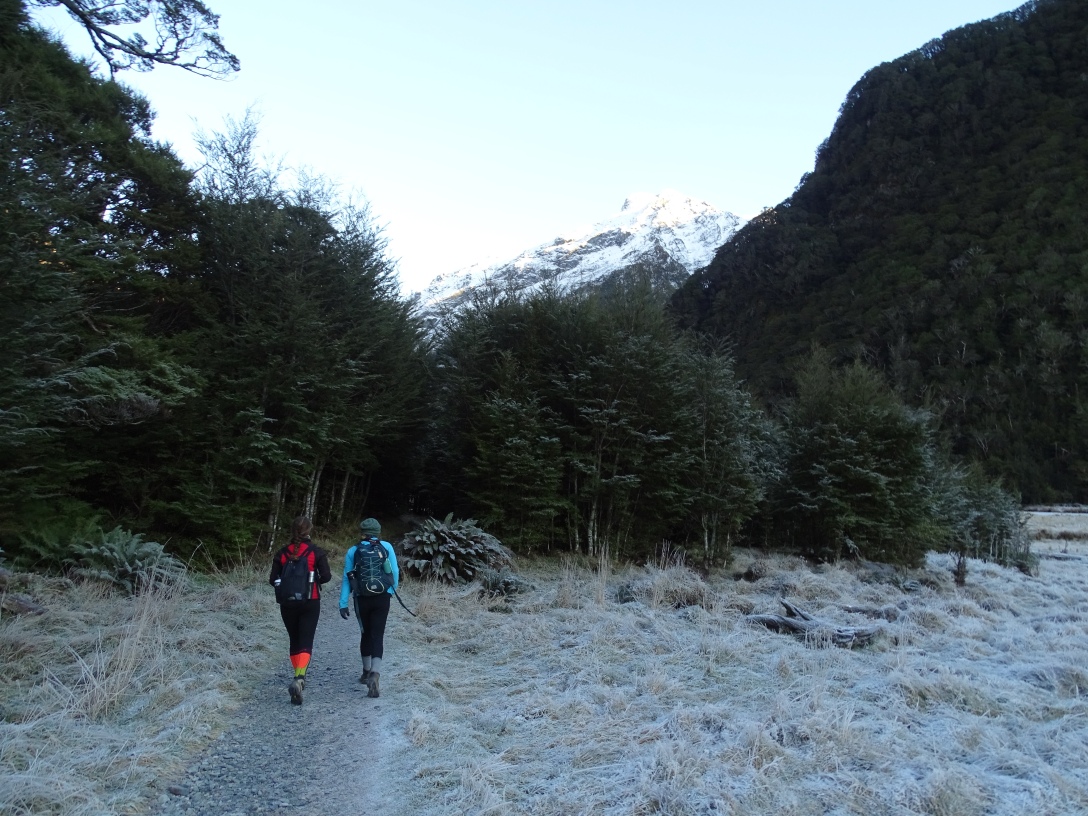 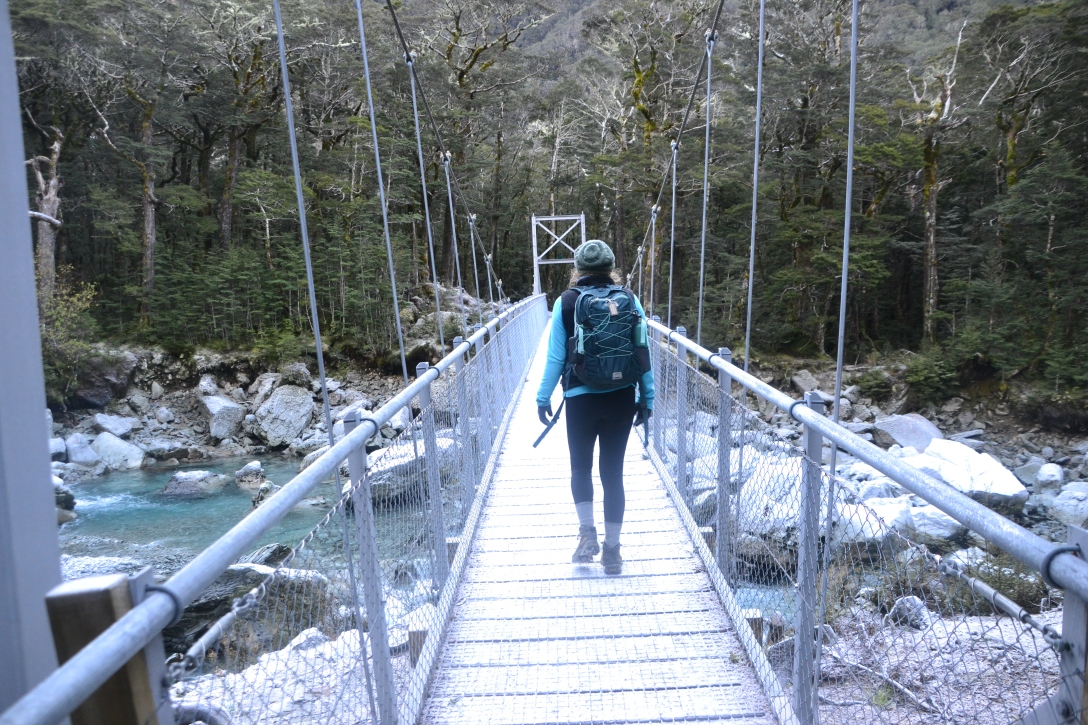 The first hour and a half of the hike was mostly flat and then it was a steady climb for another 2 hours. As strenuous as it was, we kept moving on. We were looking forward to seeing Lake Harris with snow. 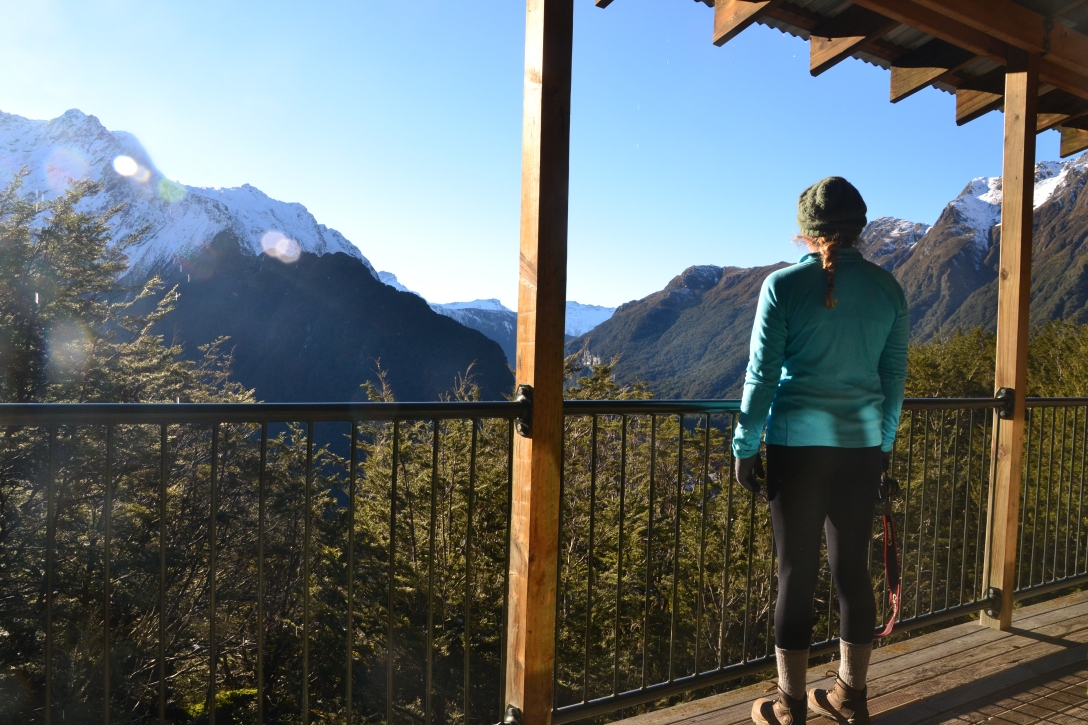 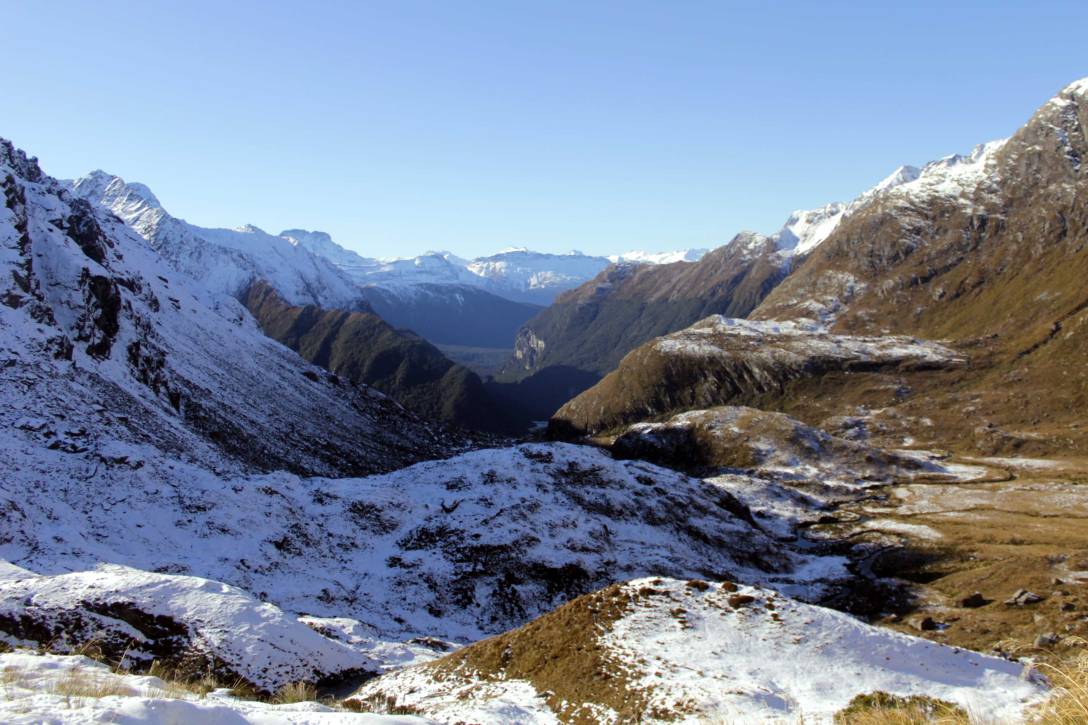 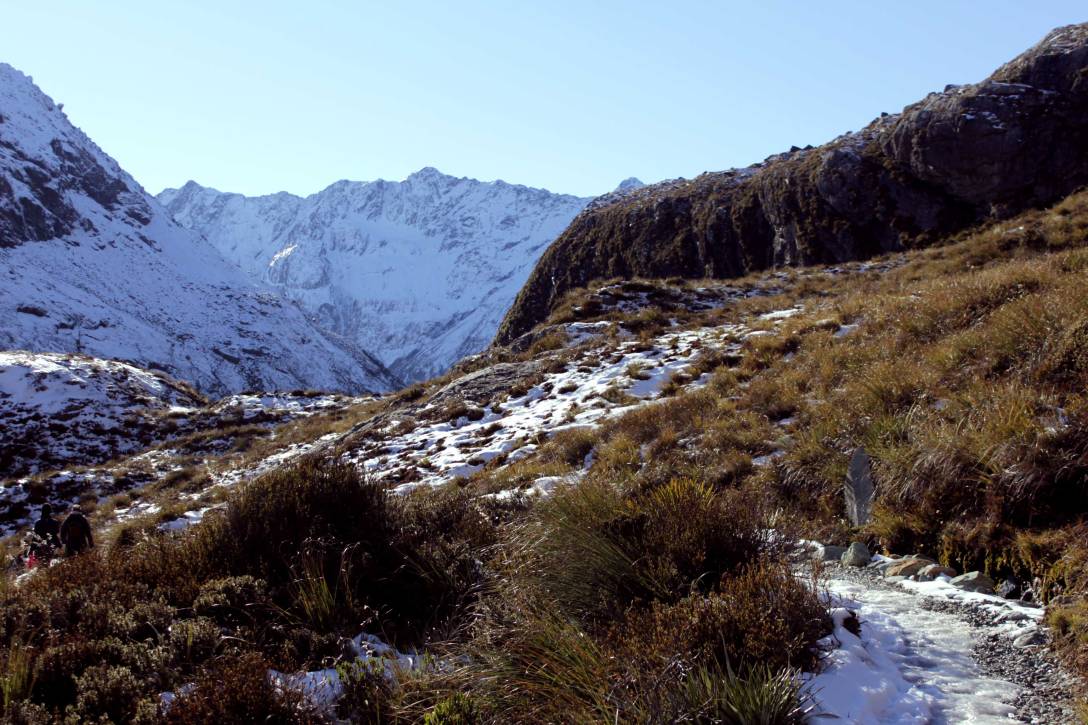 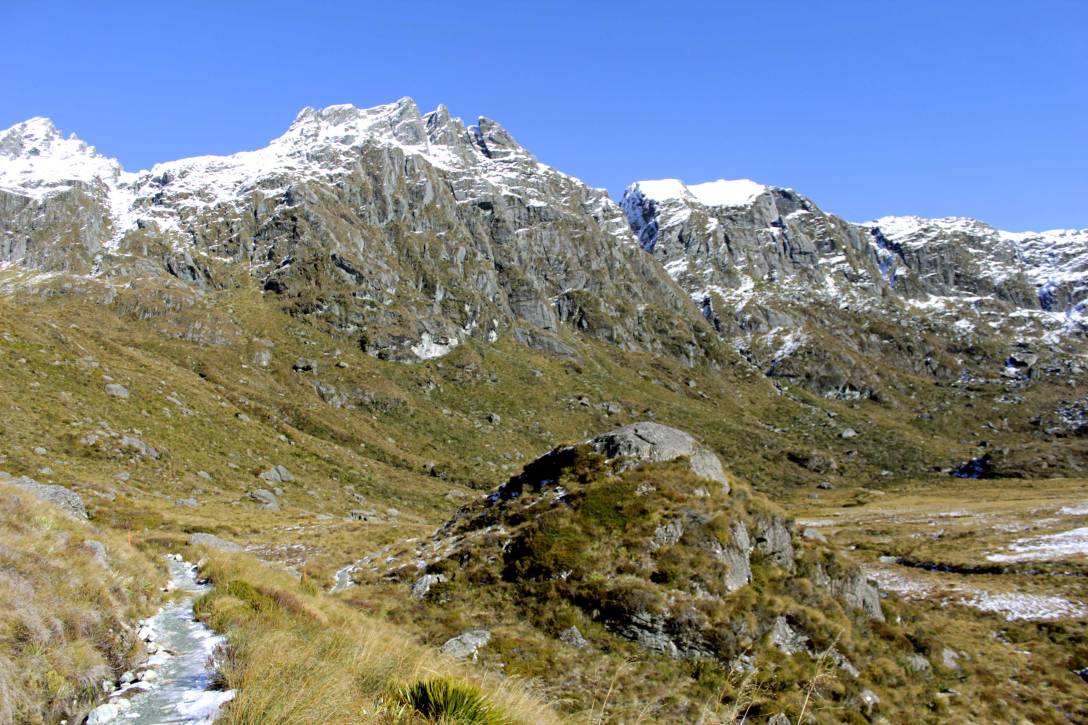 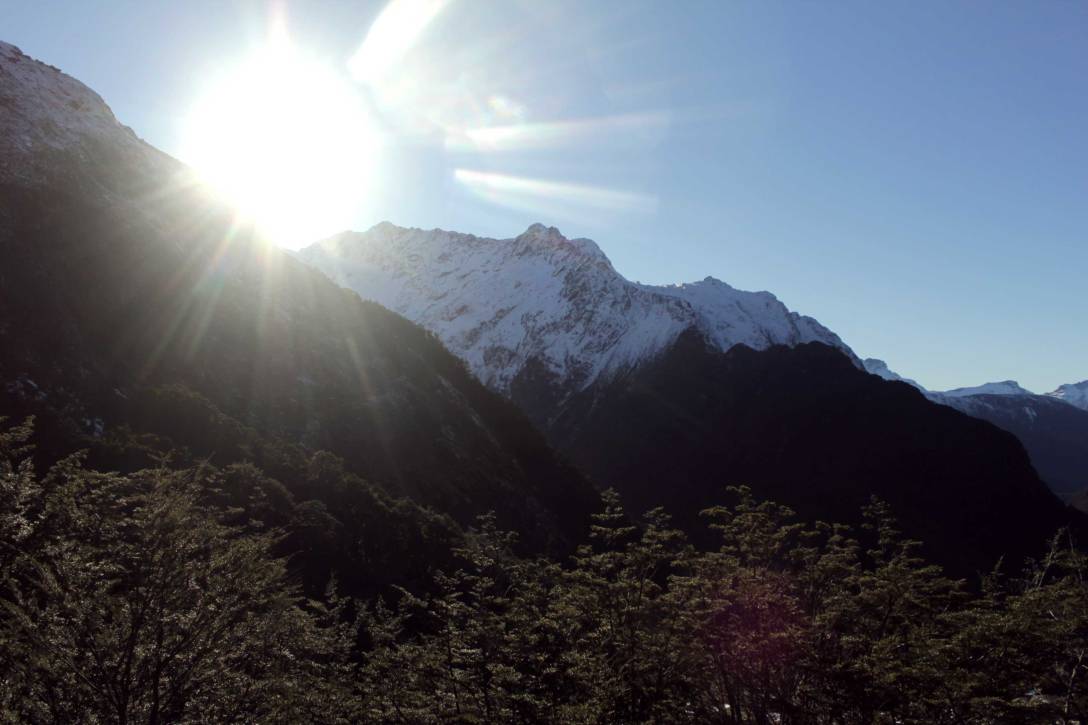 Lake Harris was just what we imaged it to be; it was an alpine wonderland. I commented on how it was amazing that we woke up in a bed, hiked for a few hours to end up in a whole different world, and manage to sleep in a comfortable bed in civilization in the same evening. Nature’s wonder is always just in your back yard. 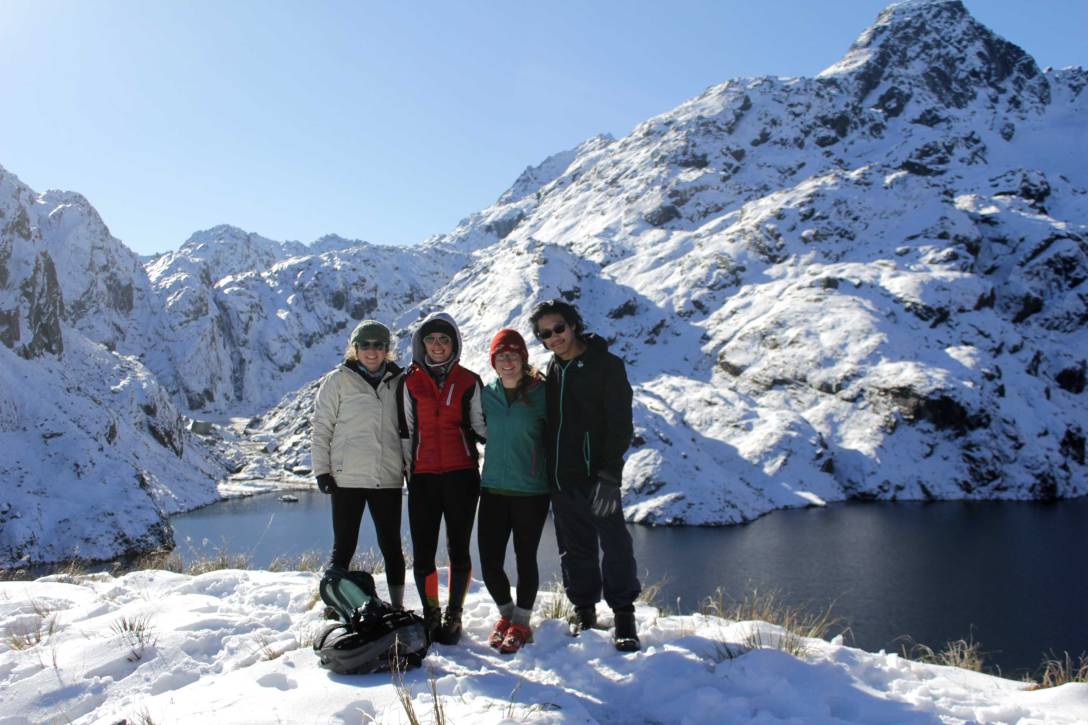 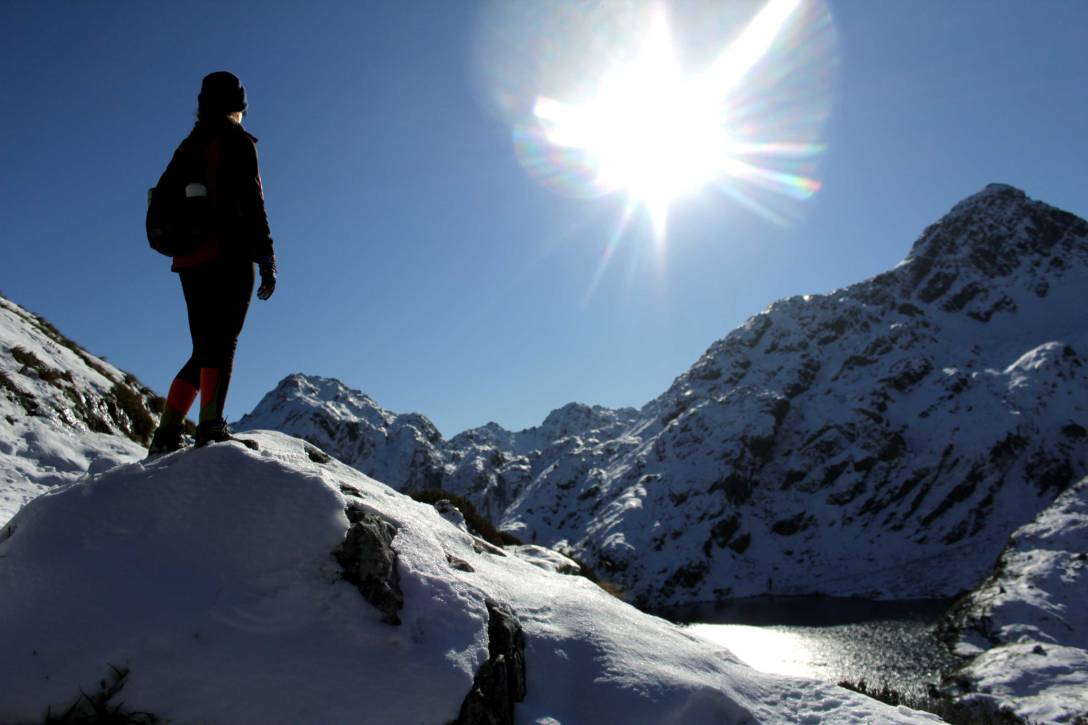 The hike down was a bit more treacherous than the way up. It seems to be much easier to slip on ice when going down hill, than when climbing up hill. Everybody seemed to be okay though; we just took it slow and carefully. Besides, we were pros at the whole “snow hiking” thing after our Mount Alfred adventure. Nothing could stop us now!

The last two hours was torture. Our legs were so stiff and sore, and we couldn’t fully take in the beautiful forest because the dusk lighting was too dim. But that didn’t stop us from having a Routeburn dance party. Stephan, being the legend that he is, caught us on video mid-act. We were having way too much fun on the Routeburn for our own good. When all else fails, dance.

We were exhausted when we finally finished, but were so happy that we did it in the end. It is a day that I can add to my memories of a lifetime.